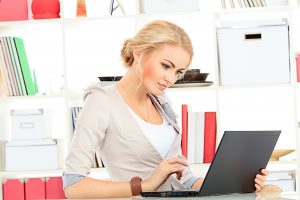 One of the many reasons why people choose to create an estate plan is to ensure that their wishes are honored after they are gone. Part of your estate plan, therefore, should focus on avoiding probate litigation. Unfortunately, however, there is no sure-fire way to prevent an estate from becoming embroiled in a Will contest. Moreover, in the 21st Century, even your social media posts could impact a Will contest. An Annapolis probate attorney at Sinclair Prosser Gasior explains how a famous singer’s social media posts were used to sway a French court in a Will contest.

You may not know the name “Johnny Hallyday,” but you would if you were French. Hallyday was known as the French Elvis after spending six decades in show business signing old-fashioned rock ’n’ roll. Despite his age, Hallyday embraced technologically. Starting in 2012, his Instagram account shared personal and the professional posts and images. Last May, those social media posts also helped two of his children defeat his widow in the first stage of a legal battle over an inheritance estimated to be valued in the tens of millions of dollars and which includes performers’ rights on over 1,000 songs and properties in France, on the French Island of St. Barthélémy in the Caribbean and in California.

Following Hallyday’s death in 2017, two original Last Will and Testaments were found in a safe deposit box. One of the documents, written in Los Angeles, appointed his wife, Laeticia, as sole heir and manager of his estate but completely cut out his grown children from two previous relationships, David Hallyday and Laura Smet. While American law permits a parent to disinherit a child, French law does not. The key to preventing the loss of their father’s fortune, therefore, lies in proving that their father lived mostly in France. If they can establish that their father’s residence was in France at the time of his death, French law prevails.

Not surprisingly, Hallyday’s fourth wife, Laeticia Hallyday, told a French court that he had settled in Los Angeles in 2007. In support of that contention, she pointed to the fact that his daughters Jade and Joy went to school there in Los Angeles and he had received a green card in 2014.

David Hallyday, however, produced a chart of Johnny and Laeticia Hallyday’s locations from 2012 to 2017 created from posts on the couples’ Instagram accounts. The chart showed that Mr. Hallyday spent at least 151 days in France in 2015 and 168 the year after. He then spent eight months without interruption in the country, mainly because of his illness, before his death in 2017. The, court was convinced, ruling that the Will contest would be decided in France.

The French court’s decision point to the rising prominence of data from social media as evidence. Other than cases in which content is directly at fault, like bullying or harassment, social media posts have been used in divorce and criminal proceedings. In 2017, the International Criminal Court in The Hague issued its first arrest warrant relying on videos posted on social media as evidence. “Everyone is still finding their feet with this,” said Emma Irving, an assistant professor of public international law at Leiden University in the Netherlands. “There is a gradient of approaches out there,” she said, referring to courts. The attitude of today’s courts is similar to their predecessors in the early 20th century, when the admissibility of conversations on the telephone, then a relatively new technology, was still contested, according to a copy of the Harvard Law Review from 1918. But the problem with social media, Professor Irving said, “is that the technologies that we have to develop fakes are very sophisticated, making it very difficult to tell the difference between genuine material and fake material. What we’re facing now is making sure that we’re not prejudicing the right to defense,” she added.

It remains to be seen how an American court would handle the same scenario; however, it is almost certain that social media will make its way into probate litigation in the near future. With that in mind, always be aware of what you are posting and how it could impact your estate.

For more information, please join us for an upcoming FREE seminar. If you have additional questions or concerns about probating an estate or about avoiding probate litigation for your own estate, contact an experienced Annapolis probate attorney at Sinclair Prosser Gasior by calling (410) 573-4818 to schedule an appointment. 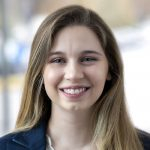 Beth Burgee, Estate Planning Attorney
Attorney at Sinclair Prosser Gasior
Beth Burgee joined Sinclair Prosser Gasior, one of the leading law firms in Maryland in the areas of estate planning, elder law and estate administration in 2022. Beth first became interested in estates and trusts while in law school. She was inspired by one of her professors who had previously practiced as an estate planning attorney in Washington, D.C. She has also seen firsthand within her own family the problems caused by poor estate planning and wanted to help others avoid the same situation by crafting well thought out estate plans. It is her goal to assist clients through the estate planning life cycle and carefully guide them through the estate administration process. She sees the attorney-client relationship as an important cornerstone in her practice and strives to work together with her clients in order to sail as smoothly as possible through an otherwise difficult time.