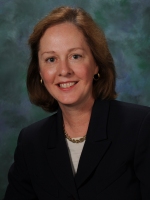 Recently my husband, Les, and I took a trip to the town of Jim Thorpe, Pennsylvania to visit the memorial of the person Jim Thorpe.  Born in Oklahoma Territory in 1887, Mr. Thorpe was named Athlete of the 20th century, an Olympic gold medal winner and the first commissioner of what is now the National Football League.  When he died in Lomita, California in 1953, the Pennsylvania towns of Mauch Chunk and East Mauch Chunk offered to provide a permanent memorial to this great athlete, and paid his widow $500.00 for his remains.   There is a large marble sarcophagus, several statues of Mr. Thorpe and a written memorial of his life located in a park setting away from the downtown area.   The flags of the United States, Pennsylvania and the Olympics fly in his memory.

This burial site has been plagued by controversy for over 30 years.  Because Jim Thorpe was of Native American and European ancestry, some of the family members and members of the Sac and Fox tribe of Oklahoma filed a lawsuit to have his remains relocated to a burial site in Oklahoma.  The statute underlying the family’s claim to have the body disinterred is the Native American Grave Protection and Repatriation Act.  This law was passed by Congress in 1990 and was designed to prevent the abuse of Native American remains and artifacts.   The United States Court of Appeals for the 3rd Circuit dismissed the claim, and in June the family and tribe appealed the case to the United States Supreme Court for a ruling.   They are currently waiting to see if the case will be heard the by highest court in the nation.

As seen in this case, having a body relocated after burial is not a simple process.  Many competing factors such as the laws in place and the family’s wishes must be considered.