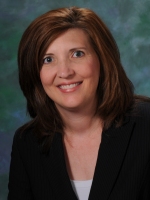 In a perfect world, aging parents would all get along with their adult children, and end-of-life matters would not place a strain on relationships. Unfortunately, the world is not perfect. As such, dealing with matters of estate planning and administration may not always be rosy. In some cases, it can be downright difficult, such as when a deceased person’s children feel the need to challenge that person’s estate plans.

The daughters then challenged the administration of the estate based on wrongful death. They stated that the friend had unduly influenced the mother’s estate planning decisions. After a significant proceeding, a district court jury agreed.

Even though a notary and the woman’s attorney attested to the fact that the mother was of sound mind when creating estate plans, this did not bar the jury from finding that the friend was acting in her personal interest and that the wrongful death was a matter of interference with the inheritance.

Though in this situation, the tensions were high and the relationships strained, it leads to an important understanding. Even where it may not be easy to discuss end-of-life planning due to strained relationships, it is important to communicate based on these matters in order to help avoid situations that may arise as a result of duress or other undue influence.

Families that are in limbo can seek assistance through mediation, as a mediator can help guide the families to results that satisfy all family members. In the case above, the daughters now have recovered leases to some property owned by the mother, but not any monetary damages stemming from the alleged wrongful death. To avoid such complications down the road, it is essential for children to work with aging parents to come to a thorough understanding of matters relating to estate planning – regardless of how difficult that might seem in times of tension.

This article was written by Sanford M. Fisch, CEO of American Academy of Estate Planning Attorneys and brought to you courtesy of Attorney Nicole Livingston of Sinclair Prosser Gasior